Cuadrilla is seeking to raise the height of the rig and the volume of noise it can make at a Lancashire shale gas site next to an internationally-important bird reserve. 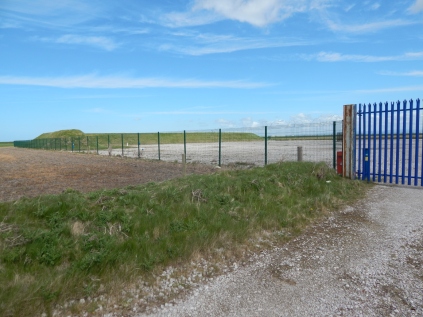 The company has asked Lancashire County Council to change restrictions on well abandonment and restoration work at Becconsall next to the Ribble Estuary.

Under planning conditions set in 2014, Cuadrilla must limit noise levels to 42 decibels (dB) (decision notice). The company had also said it would use a rig no higher than 22m.

A residents’ group has said current planning conditions should be adhered to and it would oppose the company’s new applications.

In 2014, Lancashire County Council set a condition that noise shall not exceed 42 dB when measured at any point on the site boundary. The reason given was:

“To safeguard the amenity of local residents and to prevent disturbance to birds”.

But in its application to change the noise restriction, Cuadrilla said:

“The wording of the existing condition (14) places an unreasonable restriction on the activity not consistent with Minerals Planning Policy.”

On the rig height, Cuadrilla said the original application was based on using its own rig but this has since be decommissioned. It now needed to hire a contractor’s rig.

In the application, Cuadrilla said:

“The landscape and visual assessment has been reviewed which concludes that a change from 22m to 32m has no material impact to the original conclusions of the assessment.”

People can comment on the noise application up to Wednesday 1 March 2017.

In a statement, John Powney, of Ribble Estuary Against Fracking, said:

“We are in discussion with our planning and acoustic specialists and will be objecting on material planning grounds.

“We are presenting the case why the 50% increase in rig height should not be determined under s96A of the town and country planning act 1990.

“Conditions that are placed in consideration of the six-point test of the National Planning Policy Framework should be adhered to.”

This is Cuadrilla’s latest in several requests for changes to conditions at Becconsall.

The first permission, granted in 2010 by a planning officer, acting under delegated powers, allowed Cuadrilla to drill an exploratory well. But the conditions required restoration after 18 months.

How to find us

Important: Information on this site is presented in good faith and is as accurate as I can make it. All images are copyrighted to their respective owners. E&OE. I you have any questions please contact us using the details provided.
%d bloggers like this: